Why is the Raleigh area called the "Triangle?" 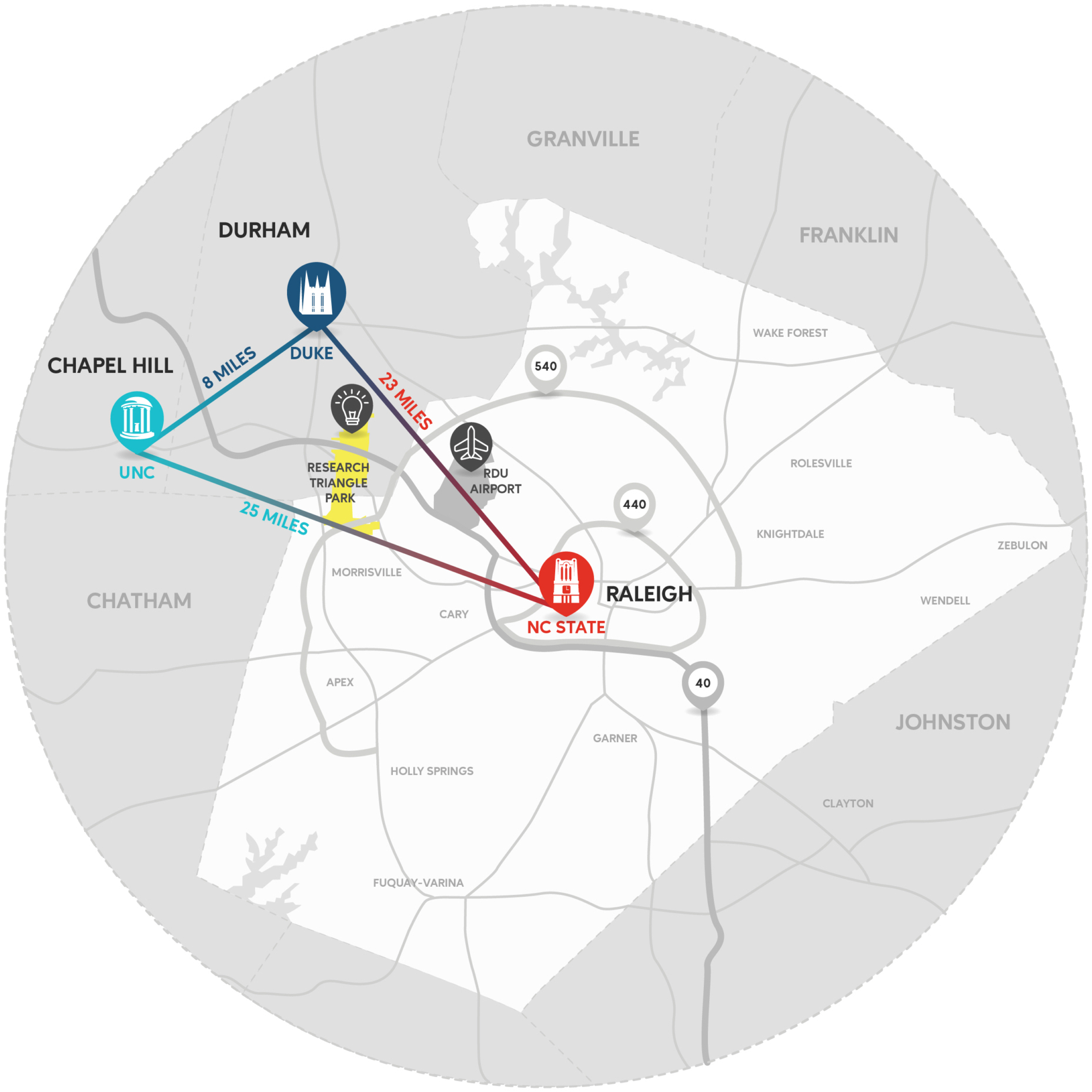 A city if many names, the Raleigh Durham area is commonly referred to as the "Research Triangle" or simply the "Triangle" This is because of  the three Tier 1 research universities all minutes from each other—Duke University, the University of North Carolina at Chapel Hill, and North Carolina State University which are located in Raleigh, Durham, Chapel Hill. Not surprisingly, these well-known universities are huge draw for major businesses in the area.

Not to further confuse, but "Research Triangle Park", or "RTP" the largest research park in the United States; home to over 7000 diverse businesses and industries--from bio-tech to agtech to manufacturing to software and technology companies.

"The Triangle" should not be confused with "The Triad", which is a North Carolina region adjacent to and directly west comprising of Greensboro, Winston-Salem, and High Point, among other cities.

Popular Suburbs of the Triangle

Sign Up
Already a User? Sign In
You have been successfully registered
Please check your email.
Go to the homepage
Sorry something went wrong
Please try again.
Try again